April is Autism Awareness month. Last year I remembered an intense sense of dread and depression about two weeks in and I found it necessary to remove myself from the usual social media channels that I would frequent. I anticipate this year will be no different. Allow me to explain…

The ongoing battle as to what color, hashtag and symbol should reign supreme

When my son was first diagnosed, almost five years ago, one of the first organizations that I came across was Autism Speaks. It took almost a year before I learnt how vilified this organization was by the vast majority of the autism community. To my understanding, the color blue and the puzzle piece symbol were largely instituted by Autism Speaks and remain irrevocably linked to this organization. A full explanation of all the controversies with Autism Speaks would require its own separate blog post. But it can be simply stated that if you use the color blue, the hashtag #lightitupblue or the puzzle piece to indicate your support for autistics, you will be categorized as a supporter of the organization.

This places me in an awkward position. My son’s favorite color is blue and he connects with the explanation of the puzzle piece. As he gets older, his views may change and if they do, my support of him as an autistic will also change. In the meantime, I’m stuck between a rock and a hard place. I’m expected to support autistics by using #redinstead and the infinity symbol. But not support my son who is autistic and the reason behind all of my efforts and advocacy since it is automatically assumed that if I use the color blue I’m supporting Autism Speaks, which could not be further from the truth.

Another recurring sore point is the argument of which is more important… awareness or acceptance? People are encouraged to support #AutismAcceptance and constantly told that #AutismAwareness isn’t enough and to eschew awareness. The comments on social media are often brutal.

But here’s my thought process… when my son was diagnosed, he was the first official autistic person I knew and that extended also to most members of our family. I was then tasked with having to explain exactly what autism is and there are several members of my very large extended family who have limited education. I had to break this down to bare basics. How can I press for acceptance to individuals who have no understanding of the situation? It quite simply doesn’t make sense. So as much as awareness has grown, I believe it is still a crucial aspect towards achieving acceptance.

Autism awareness month is every month

Look out in April for the multitude of posts proclaiming “every day is autism awareness day in my house” and “autism awareness month is also January, February, March, May, etc”. Here’s the thing… my son is autistic and yes, we live with autism every single day. But the average person doesn’t. And while I want that person to figuratively walk in my shoes or my son’s and understand the challenges we face and how they might be able to support better, I want them to live the life that they have been dealt. That means every day will not be autism awareness day in their household and every month will not be autism awareness month either. By having a specific time, conversations are created with those who are outside the community and I believe that is the major route towards acceptance.

Going back to when we first received the diagnosis, we were encouraged to use person-first language. The essence of this approach is that we recognize the individual most importantly and I value that viewpoint. Truthfully though, I always found that it seemed very wordy and not particularly fluent. However, this wasn’t about me so I continued.

The turning point happened about a year later when my son described himself as autistic. We sat down and spoke about the two different ways of describing autism and I asked him which he preferred. His response was what guided me to switch to identity-first. Aside from him also thinking that person-first language was superfluous and wordy, he said to me “won’t I always be autistic? Isn’t this a part of me for life?” And he’s right. There are many more aspects to his life and personality but autism shapes a lot of them. We choose to celebrate autism so why not allow it to be forefront in who he is.

Here’s my issue… when individuals are berated and belittled for their choice of language. If someone uses person-first, they shouldn’t be criticized for that unless it is clear that their decision to do so is from a malicious intent. The larger autistic community prefers identity-first, but there are some who don’t. And that should be respected without needing justification. 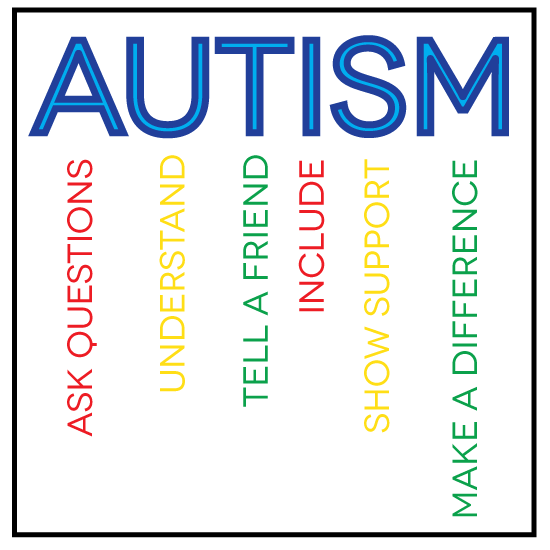 I hope this April will be different… a month when we can show greater respect and tolerance for all of the different ways that autism is represented. And if not 2018, maybe the following year.

One thought on “Why I Hate April”